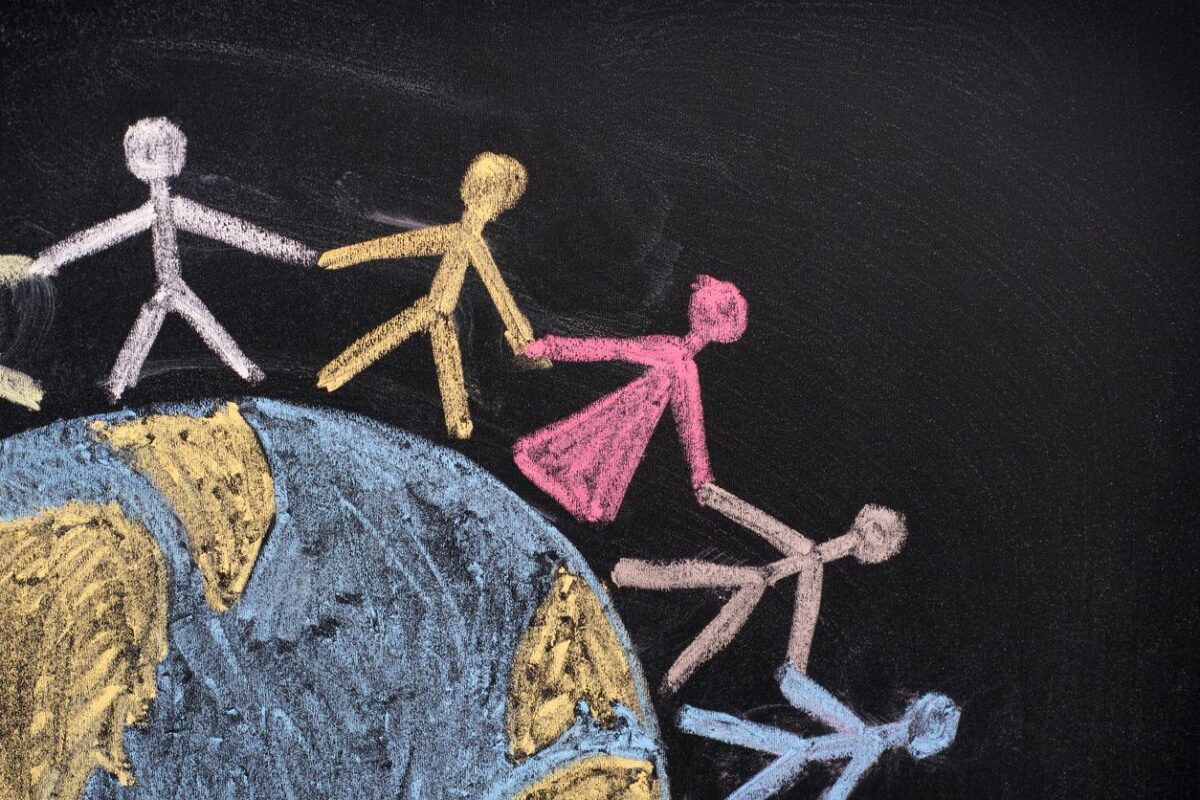 Not seeing racism and feeling its offense is a privilege only white people can have.

When I was very young, I learned to skip rope to a simple tune my best friend taught me with the words “eenie meenie miney moe, catch a (n-word) by the toe.” Even now, every time I hear that tune, those words come to mind. I’ll never shake that. I’ll always carry that and other remnants of the racial norms and racism of the culture, neighborhood, school, and family I grew up in. It’s what I choose to do with it that defines my character, allows me to shape loving friendships across racial lines, and contributes to the collective evolution of our community.

My hometown of Rochester, NY has made national news at least two times in the past six months on matters of race and racism. Two white male college students breaking down and stealing a full-size statue of Frederick Douglass and an on-air meteorologist dropping a racial slur into the middle of pronouncing the name of Martin Luther King Jr. In both cases, people have argued that what those white guys did wasn’t racist at all but rather examples of either drunken stupidity or a slip of the tongue. Let’s be clear, whatever the excuses for dropping our guard and exposing our racism, it remains just that: racism. And our hurt at being exposed crumbles in the face of the hurt among those offended.

Even if we assume the two students and the weatherman were unconscious or unintentional in their behavior, the ancients remind us: “in vino veritas.” Perhaps, when our minds are clouded or we’re speaking fast we don’t see that racist tidbit sneaking out of our past and, therefore, don’t stop it before it comes out. Not seeing it and feeling its offense is a privilege only white people can have. Recognizing it, accepting responsibility for it, apologizing for it, learning from it, and working hard to make sure that you – and those whose behaviors you can influence – never do it again defines the quality of our commitment to fighting racism. Let’s take a second look at that last sentence:

1. Recognize the behavior as racist.

This means seeing it through the eyes of those we’ve offended and feeling the pain of the offense.

When there’s no one else to blame, we become responsible for change.

This connects us to the people we’ve offended or injured. It must be authentic, truthful, and timely (no one believes a long-delayed apology; it’s insulting and feels inauthentic, as if it were contrived for public relations). And the apology cannot be conditional (no one believes an apology that begins “If I offended you …”).

4. Our lessons must be life-changing.

Whether we committed our offense or injury consciously or unconsciously, our lives and behaviors will change only if we work to understand why we committed it in the first place.

We want to be better, and we want our community to be better. If the students and their college, the weatherman and his station, learned from these experiences, then their next step is to work to change their behaviors and the behaviors of those around them. They will work to model anti-racist behaviors and – within their friendships, professions, organizations, and communities – they will become agents of change, standing against racism, preventing it, and calling it out when they see it.

There is no denying the racism that exists in us and around us in neighborhoods and communities like Rochester throughout the nation. The conscious and unconscious racism in our hearts and the racism that undergirds the structures and systems that shape our lives are bound in an unending cycle of cause and effect. Experts put this at the heart of our intergenerational poverty and education troubles.

Change will happen when each of us works on the racism in ourselves, challenges it when we see it in others, and takes steps to undo it when it’s evident in our schools, healthcare, politics and economy.

Silence is not an option.

Hank Rubin, Ph.D. is a best-selling author with more than three decades’ experience in leading public, nonprofit and school change. A former deputy state superintendent, dean of education, and elected school board member; Rubin has been an advisor to the US Commission on Civil Rights, community foundation executive, and is founding director of the Frederick Douglass Center for Collaborative Leadership. Dr. Rubin’s book entitled Collaborative Leadership: Developing Effective Partnerships for Communities and Schools is available through Corwin.

A Call to Action: Elevating Your Commitment to Change

Measuring the Teaching and Learning Journey