Facilitators Help Us Move Toward Excellence With Equity

This is the second installment of a three-part blog series containing excerpts from the book Guiding Teams to Excellence With Equity. In the first blog post, author John Krownapple argued that we need more than equity mandates and compliance-based behaviors in order to reach excellence with equity in education. That post ended with these statements:

THE JOURNEY TO BECOMING OUR BETTER SELVES

Cultural Proficiency is a journey from who we currently are to who we want to be. It’s a continuing, never-ending journey, because becoming one’s better self requires ongoing work. Furthermore, this journey is an inside-out process of change that begins with changing one’s self. The absence of an inside-out process may be the reason it takes so long for the moral outcomes of legislative changes to appear. To help us understand the benefits of focusing on the personal and internal process of change, let’s turn to the work of William Bridges, a world-famous expert in the human aspects of change.

Bridges (2009) posits that most organizational change efforts fail or linger indefinitely because we as leaders do not attend to the transitions people must go through as a result of change. The key point here is that change is different from transition. Change is external; it can and does happen overnight (for instance, NCLB or ESSA can be a bill one day and the law the next). However, transition is internal. It does not happen overnight. It can be largely hidden because it takes place in the hearts and minds of people.

For instance, NCLB resulted in changes (letter of the law) of practice and policy such as disaggregating student data according to demographic groups. Its moral goal (spirit of the law) required a transition from a system that sees itself as responsible for sorting and selecting the winners from the losers (the “best and the brightest” from the “worst and the dimmest”) and to a system that sees itself as responsible for educating all students to high standards, leaving no student behind. Without managing this transition, educators, schools, and school systems end up wandering around in the psychological wilderness, which is the limbo between the old sense of identity and the new (Bridges, 2009, p. 8). This space is the wasteland where organizations (people) may keep the letter of the law but are not committed to its spirit, essence, or intent. Wandering in the wilderness is not simply squandering time: when it comes to educating our nation’s youths, this metaphoric wandering is an immoral and inane waste of an entire generation’s brainpower, potential, and vitality that contributes to the decay of our democracy.

But we have the power to stop wandering. It’s our choice. The direct route to educational excellence with equity is Cultural Proficiency; this is a journey that starts with self and results in profound school change. The crucial and defining element that makes Cultural Proficiency work where many other approaches have failed or produced mediocre results is that Cultural Proficiency provides solid theoretical and pragmatic support for the all-important transition period. We cannot move from the oppression of systemic exclusion and inequity in education to the democracy of culturally proficient schools without an internal transition that involves developing clarity about our new identity and what it is that we truly value and believe. The Cultural Proficiency journey provides us with guideposts and other tools to help us navigate that transitional period in a direct and efficient manner.

Even with Cultural Proficiency, we cannot expect to arrive overnight or in the blink of an eye. This journey is not like jumping into the Millennium Falcon with Han Solo yelling, “Punch it!” and Chewbacca thrusting our vehicle into light speed. Not hardly. Cultural Proficiency involves reflection and dialogue, which take time. It requires us to slow down to build momentum to go fast (CampbellJones, 2013). It must be noted, however, that slowing down does not mean inaction. That is a false dichotomy that rightly arouses suspicion, especially among individuals whose identity includes groups historically served poorly by our society’s painstakingly slow historic progression toward socially just outcomes—a movement that started with the Emancipation Proclamation (January 1, 1863) and more recently inched forward with the Every Student Succeeds Act (2015). Simply put, delaying action any longer is not acceptable. Thus, in the context of Cultural Proficiency, slowing down to build momentum to go fast means progressing carefully and acting deliberately in an informed, strategic, and efficient manner. We build speed as we go.

By engaging in this process, we allow ourselves to be born as proactive leaders. We consciously develop a commitment to a healthy mind-set of teaching and learning in a diverse democracy (table 1.3). We choose to change our minds and give birth to new thinking—as individuals and as a whole generation of educators—to let go the old traditions of inequality and to embrace new ways of seeing, engaging with, and responding to diversity.

This new and healthy response is possible. As Dewitt Jones (1996) says, “We will see it when we believe it.” We can do it if we value the principles of democracy, if we believe that inclusion and equity in education are moral mandates of our hearts, and if we act with the will to educate all children (Hilliard, 1991; Lindsey, Roberts, & CampbellJones 2013). We can do this with sustainability if we embark on a journey that begins with examining our values, beliefs, and actions with the intent of becoming our better selves. In doing so, we can—as the phrase attributed to Mahatma Gandhi suggests—“be the change we wish to see in the world.”

The Cultural Proficiency journey (the process) is challenging. Thus, those on the journey benefit from learning and leading with a knowledgeable and skilled facilitator. To facilitate means to guide, ease, or make a process possible. Facilitation is implicitly linked to process, which is a series of steps toward a goal. As such, facilitators of Cultural Proficiency guide groups and make their journeys easier.

Many misconceptions exist about group facilitation (table 1.4). In actuality, facilitation is a discipline of its own, quite different from presenting, training, and teaching. According to Hunter (2007, p. 19), “Facilitation enables a group of people to achieve their own purpose in their own agreed way.” Furthermore, Sibbet (2002, p. iv) defines facilitation as “the art of leading people through processes toward agreed-upon objectives in a manner that encourages participation, ownership, and creativity from all involved.”

Facilitation is more art than science. As an art, facilitation is a body of expertise that includes principles, skills, and practices. It is concerned with helping individuals within groups to have the opportunity to fully participate in setting goals and achieving those goals. In general, facilitation ultimately makes it easier for groups of people to adapt in order to fulfill work and life goals (Sibbet, 2002).

What, then, are the duties and responsibilities of educators who assume the facilitator’s role of guiding groups on their Cultural Proficiency journey? Essentially, the function of culturally proficient facilitators is to serve groups interested in ensuring excellence with equity in education. Facilitators lead by example, guiding people step by step through transformative processes into our better selves where we can create a new and better reality, one within which all educators effectively educate all children. A culturally proficient facilitator’s knowledge base includes the following:

John Krownapple specializes in facilitating professional learning and organizational development focused on social justice, equity, diversity and inclusion. Since 2007 he has led the development and implementation of one of the first and most comprehensive Cultural Proficiency programs in the United States. John continues to administer this program for the Howard County Public School System (Maryland) in his role of coordinator for Cultural Proficiency, where he has guided movement toward inclusion and equity for a variety of teams and groups: organizational leaders, staff members, partners, government officials, students, and families. In his book Guiding Teams to Excellence with Equity: Culturally Proficient Facilitation, he offers professional development leaders knowledge, skills, and dispositions for facilitating Cultural Proficiency in their organizations. As an educator for two decades, John has served as a district office administrator, professional development facilitator, curriculum specialist, and elementary teacher. He is also an adjunct professor at Johns Hopkins University and McDaniel College.

You Can’t Un-See What You Have Seen 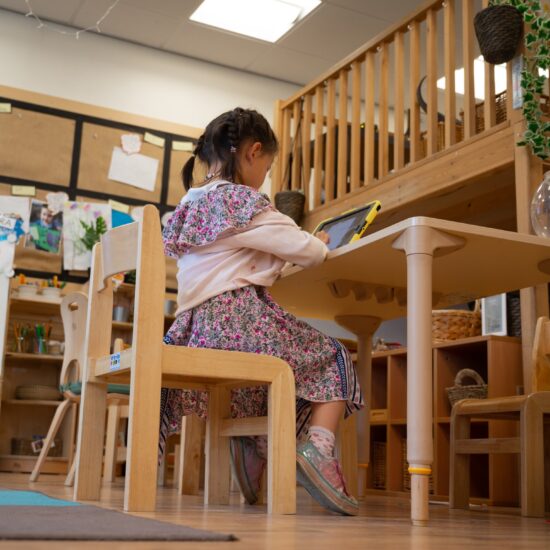