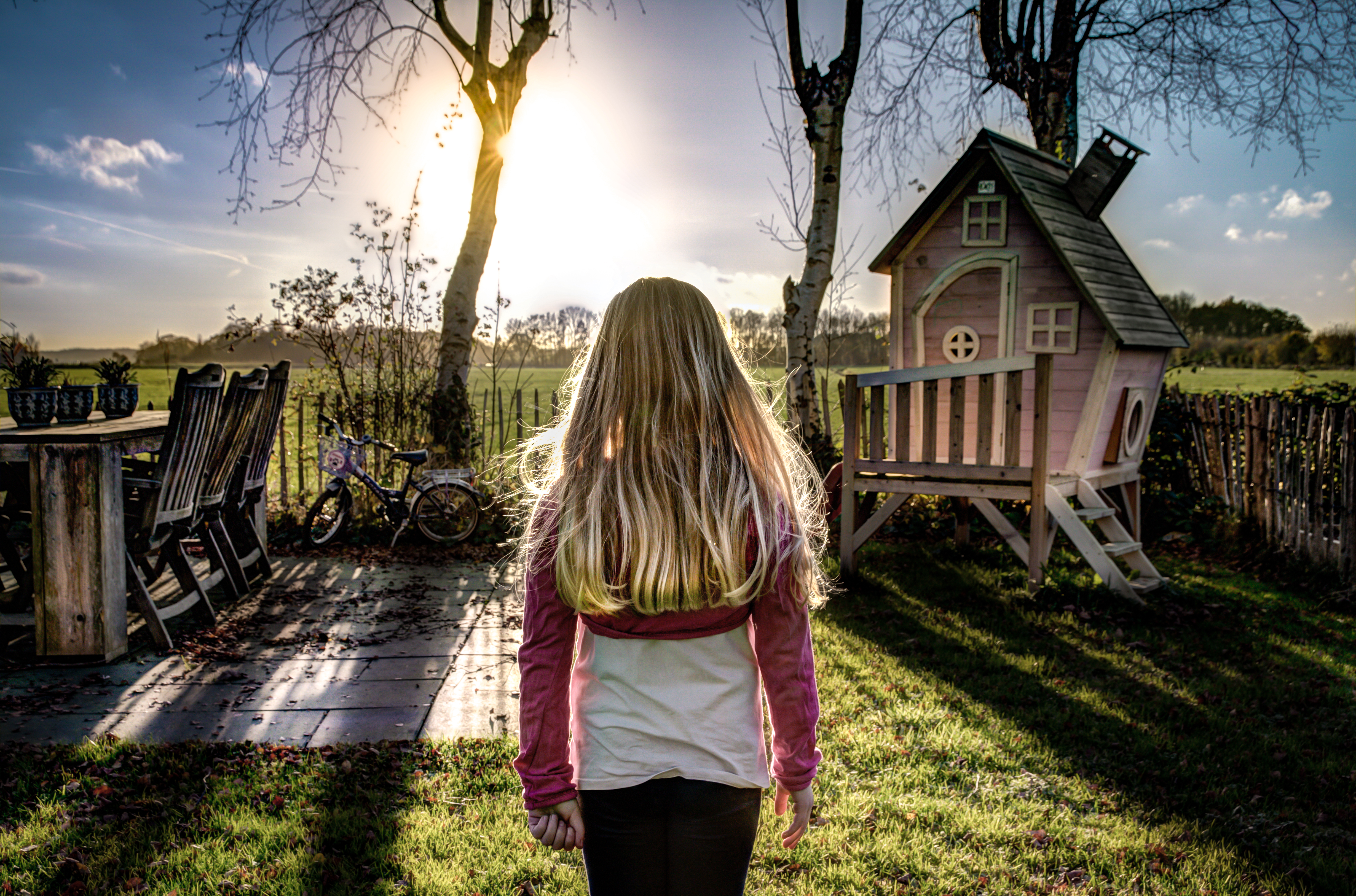 Teaching begins with knowing your students. Who are these young people in front of you? What do they bring to the classroom from their previous experiences, their community, their families, and their cultures? What do they need from me to further their aspirations?

However, as an educator committed to social justice, knowing my students is not enough. Throughout my decade in public education, I have primarily worked with students learning English as a new language and students in Special Education.

Since the beginning of my career, I have committed to amplifying the voices of these often marginalized students. My primary vehicle for this work has been guiding students toward publishing their writing online and through in-school displays, but I have also worked with my students to create and perform theatrical pieces in classrooms and even on television.

My district, the Boston Public Schools, is not unlike many districts across the country who are illuminating and working to change the school-to-prison pipeline in which black and brown students and students with special needs are routinely pushed out of school and into the juvenile justice system. Considering the ever-present inflammation of racial tensions in the media and the resulting feelings of anxiety and fear for our marginalized students, it is a crucial time for educators to encourage students to talk back to the media and to offer counter narratives.

I am continually seeking out methods and resources for amplifying student voice in the classroom, and I was enlightened by the YES! session, “Connecting Deeply Across Difference – Engaging Youth as Equity Stewards” at the 2016 Teaching and Learning Conference. YES! co-directors Benjie Howard and Wade Colwell-Sandoval engaged the audience of educators from across the United States through facilitating conversation, performing music, and introducing us to the concept “Equity Stewardship,” the ability to take action based on caring and informed relationships with one’s community. This concept was both new and intriguing to me. I understood what Equity Stewardship meant, but I did not have a lens on how Benjie and Wade were doing this work in school communities. This curiosity prompted me to re-connect with Benjie and Wade by traveling to DuPage High School District 88 in Addison, Illinois, to observe their work with youth.

In observing their work, I noticed two key ways in which Benjie and Wade engaged DuPage’s high school student leaders in amplifying their voices that are immediately applicable to classroom teaching – modeling of deep and effective listening and facilitation of student-to-student dialogue.

Modeling of Deep and Effective Listening

Last month, there was a Strutting for Syria All Girls Fashion Show. There was a dance competition, and my friends and I did a Bollywood dance and won.

I just came out to my mom and dad. I told each of them separately. I was with my mom in the car. I said – Remember when you asked if I liked girls? I do. My mom said – Just be yourself. In the car with my dad, I said – Hey, Dad? He turned down the radio, and it felt like there was 5 minutes of silence. Then I said – I like girls. My dad doesn’t agree with it, but he said – You’ll always be my little girl.

I can’t stop listening to the soundtrack of “Hamilton.” It’s a Broadway show. Hamilton was an orphan in the Caribbean. The entire cast is multi-ethnic with the exception of King George III. It was American then told by America now.

Benjie, a wilderness guide and folk musician, and Wade, a trainer of school counselors and hip-hop artist, opened the morning session by asking the high school students in the room to share anything important to them. Each student attends one of Addison’s two high schools, and they have been selected to participate in YES! because of their leadership in the classroom and community with the goal of being able to lead equity sessions for other students in the coming school year.

As students shared their stories, Benjie and Wade provided space for each student to speak. At times, they asked questions – Can you speak more about that? How did you feel when that happened? and at other moments, they provided positive encouragement – Wow! That’s incredible! But mostly, I noticed the time and space they left for each student to share. They listened with eye contact and smiles for well over thirty minutes.

Later in the session, I tried the practice out for myself with a small group of students who were discussing how their relationships with teachers affect their performance in a particular course. I asked the students what they found to be the qualities of a good teacher, and I learned some valuable tips to bring to my own practice.

I have a teacher who treats students as equals and lets us have open discussions.

A teacher shouldn’t spread rumors about a student’s destiny when they don’t know it. Like a teacher might say you’re not going to succeed, but they don’t know your future.

The best teachers talk to us at the beginning of class. They start a lesson knowing how we feel or how we’re doing that day.

When debriefing the day with the YES! team, Wade explained to me that he finds it important to almost over-listen during opening sessions of the YES! program because it provides the students with time to settle in and attune to one another.

Throughout the day, Benjie and Wade guided students through multi-modal experiences in which they reflected and then shared with their peers. The first was a “Tune In, Tune Out” in which students first listened to a YES! original song dedicated to blues artist Robert Johnson and tuned in to the images and inspirations in their minds as they listened. Then, students were asked to share their thoughts and ideas.

No matter what, you should accept one another – moral beliefs. You can be easily feared, but can you learn to love?

Me and this girl had an argument because I wasn’t standing for the Pledge of Allegiance. She said people are fighting for our country. I decided to stand up because I have family in the military. I understood what it meant to her.

Later, students learned about the ocotillo, a desert plant which often appears as a bundle of sticks. However, when rain falls, the ocotillo’s roots absorb the rain and the sticks bloom into a vibrant bush with crimson flowers. The ocotillo is used as a metaphor for stewardship: Through examining one’s roots in creativity, compassion, community, and courage, a person blossoms into action when connecting with others within a community.

Students have the opportunity to draw their own ocotillo, reflecting upon their roots of strength and how they can take action upon this foundation. Following this individual meditation, Benjie and Wade prompt students to engage in discussions in which students discuss how to support others through their individual and collective actions.

I sat with two students, Paulina and Brian, during their reflection. Both students found their strength within the community. Paulina explained that she had been involved in political organizing since she was little – working with her uncle in Durango Unido to raise money to provide winter clothes for others and to pave roads in La Cienega de Escobar, Mexico. Brian shared that he volunteered at the local library and that he loves helping people.

Upon witnessing and thinking deeply about the powerful Youth Equity Stewardship work in Du Page, I realized how important it is to provide adolescents with the time and space to share themselves with one another and with the adults whom they have chosen as mentors and guides. While my students may be assigned my class, they are the ones who ultimately decide whether they will learn from my teaching or not. I believe it is my job to ensure that they have a high probability of choosing me.

The practices embedded in YES! make me wonder – if there are many students in the class and just one teacher, shouldn’t all voices share space equitably? How can I provide sacred times during each lesson to listen deeply to students within whole class and small group spaces?

Indeed, student voice cannot be amplified if it is not existent. I plan to prioritize practices that allow student voices to emerge at greater and more frequent intervals during the coming school year, and I look forward to more powerful writing and expression in my classroom and school.

Jennifer Dines is an educator of English Language Learners and Students with Disabilities in the Boston Public Schools. A proud graduate of Berklee College of Music, Lesley University, Northeastern University, and the MGH Institute of Health Professions as well as a National Board Certified Teacher, Jennifer is dedicated to arts-integrated and inclusive programming that supports all students in meeting their individual aspirations. Jennifer is a founding member and editor of WritingIsThinking.org and a frequent contributor to the National Board’s blog The Standard. Jennifer lives with her husband, David, and her three daughters in Boston’s Roslindale neighborhood.

The Gift of Beginning