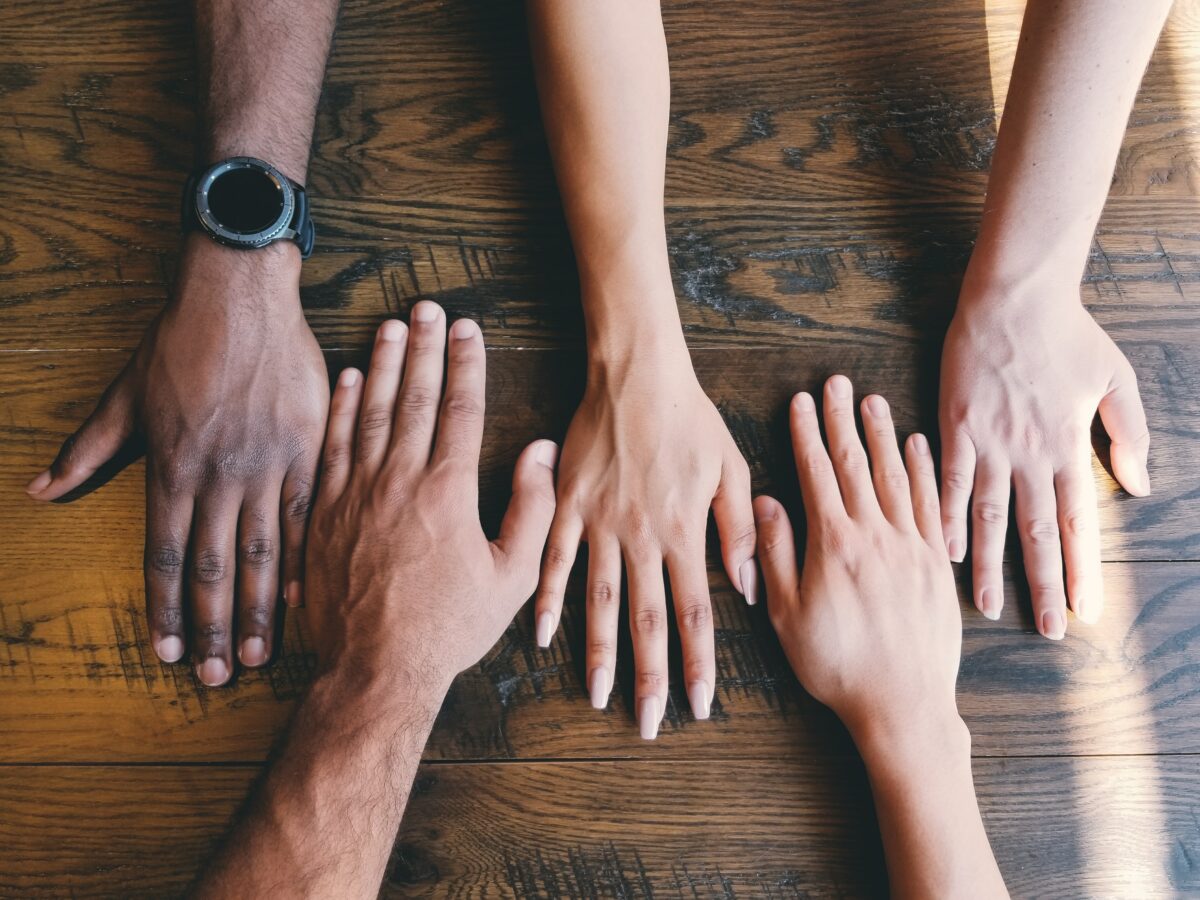 Authentic dialogue across differences is powerful precisely because it allows us to see beyond the barriers of our own culturally-conditioned realities. Whatever mind-spaces we may have been socialized into, as teachers we are called to transcend our particular truths and perspectives and come to a place of greater breadth and cultural competence. We do this because our work requires it. As teachers we must be flexible, genuine, and effective in our relationships with students, having the capacity for empathy and respect for their multiple lived realities. Of course, we want to share our world with them, but first we must be able to respectfully enter theirs and ensure that our world is one in which they will feel welcomed.

At a time of violent collision across our differences as a nation, Abraham Lincoln said in an address to Congress in 1862, “We must disenthrall ourselves because the dogmas of the quiet past are inadequate to the stormy present.” With these words, Lincoln called himself and other leaders to a profound reckoning with their own illusions, challenging his fellow citizens to break through old images and hostilities, to claim a higher path to community. Likewise, for us as teachers, we are called to disillusion ourselves from our own race, class, gender, and religion-­based assumptions about what is good, true, worthy, and right. This is a positive form of disillusionment, not one of despair or disappointment, but one of strength and reckoning. In Parker Palmer’s terms, we are challenged to see truth as “an eternal conversation” across differences (2004, p. 127), rather than as a set of fixed and final conclusions. This kind of proactive disillusionment moves us from a smaller reality to a larger one, from a circumscribed world to a more open, complex, diverse, and ever-changing environment – precisely the kind of environments we find in our schools.

My wife uses a cultural immersion assignment as a way of inviting her pre­service teacher undergraduates into an experience with disillusionment. Students design for themselves an opportunity to enter a cultural context different from their own, a context that places them in the minority. One young white woman chose to attend an African American church in the Central Area of Seattle. She went alone, and from her perspective was “the only white face in the congregation.” The traditional time came for guests to introduce themselves, but as her turn approached the student became distraught. She had never been in a Black cultural context; she had never had the experience of being the only one like her. In her anxiety she lost her capacity to speak and walked out of the church before the minister came to her.

One would hope that our teacher candidates might come to us with more cultural competence than this young woman exhibited, but we know that she is more the rule than the exception. In the end, the meltdown experience was positive for her. Debriefing her cultural immersion project with my wife and her fellow students, she came face ­to ­face with her own limitations, and in a preliminary way began the process of disillusionment from her racial and cultural naïveté. After this lesson in awareness and humility, her subsequent work on issues of cultural competence and culturally responsive teaching was much more reality-based for this student. Fortunately, she was able to initiate her disposition for disillusionment in the rarified environment of the university classroom, rather than requiring that her eventual students would pay that price for her, which is too often the case.

Disillusionment is not a single event or even a stage we go through; it is a lifelong process intimately tied to our dispositions for difference and for dialogue. In my own experience, from over forty years of conversations and friendships with people of color, and now with a family of multiracial children and grandchildren, I have become increasingly disillusioned of my former assumptions about race, privilege, and whiteness. Likewise, through my forty-­year marriage to a woman and in dialogue and friendship with female friends and colleagues, I have grown continually more disillusioned from my former paradigms around maleness, gender, and sexism. Similarly, through my conversations with the gay and lesbian friends that my children brought home in high school, and now through my own network of friends and colleagues in the gay community, I have become disillusioned from my narrow images of relationship, sexuality, marriage, and intimacy. In addition, through my immersion in many spiritual contexts in cultures around the world, I have become deeply disillusioned from the single dimensional truth and narrow assumptions that I held as an 18–year ­old Christian fundamentalist. Echoing the sentiments expressed by Jamal Rahman in the above discussion of interfaith dialogue, I feel that the ongoing erosion of my dogmatic Christian belief structures has only brought me closer to the true meaning of Jesus’ teachings. Happily, none of these personal transformations has reached an end point, and I look forward to a lifetime of continuing dis-enthrallment.

Kwame Anthony Appiah (2006) has a wonderful way of talking about the kind of people we can become through exercising our dispositions for difference, dialogue, and disillusionment. He describes the qualities of personhood that lead to “cosmopolitanism.” The cosmopolitan is a person who maintains and treasures his/her own particular cultural identity but is not limited by it. The cosmopolitan seeks out differences, is energized by the exchange of realities, and is always open to learn more, to see the world through different eyes. The cosmopolitan expects and even welcomes disagreement, yet values community over conflict, and mutuality over dominance.

These are certainly the capacities we want our students to embody as they mature toward adulthood, so we as teachers are called to become cosmopolitans ourselves. With this in mind, we can welcome our various and ongoing disillusionments, knowing that behind each veil of illusion lies a greater truth and a better way of teaching.

Gary R. Howard has more than 40 years of experience working with issues of civil rights, social justice, equity, education, and diversity, including 25 years as the Founder of the REACH Center for Multicultural Education. He is a key­note speaker, writer, and workshop leader who has traveled extensively throughout the United States and Australia. Mr. Howard completed his undergraduate work in Cultural Anthropology and Social Psychology at Yale University and did graduate work in ethics and social justice at Yale Divinity School. He has served as an Adjunct Professor at both Western Washington University and Seattle University. He is the author of We Can’t Lead Where We Won’t Go: An Educator’s Guide to Equity. Benjie Howard is the founder and executive director of New Wilderness Project, a wilderness based education program on the Colorado River in Grand Canyon. He is the co-architect of Youth Equity Stewardship (YES), an arts based inter-generational process preparing youth to be full partners in the work of school transformation. Benjie is the managing Deep Equity consultant with Corwin Press. He is the author of Separation Point: The Edge of Wildness, Poems and photographs from the American Southwest. He’s a touring singer-songwriter with 3 albums, including his collaborative release BORDERLESS with Wade Antonio Colwell. Benjie is a river guide and wilderness educator and has been designing and leading educational expeditions for teachers, leaders and youth since 1999.

Benjie Howard is the founder and executive director of New Wilderness Project, a wilderness based education program on the Colorado River in Grand Canyon. He is the co-architect of Youth Equity Stewardship (YES), an arts based inter-generational process preparing youth to be full partners in the work of school transformation. Benjie is the managing Deep Equity consultant with Corwin Press. He is the author of Separation Point, At the Edge of Wildness, Poems and photographs from the American Southwest. He’s a touring singer-songwriter with 3 albums, including his collaborative release BORDERLESS with Wade Antonio Colwell. Benjie is a river guide and wilderness educator and has been designing and leading educational expeditions for teachers, leaders and youth since 1999.