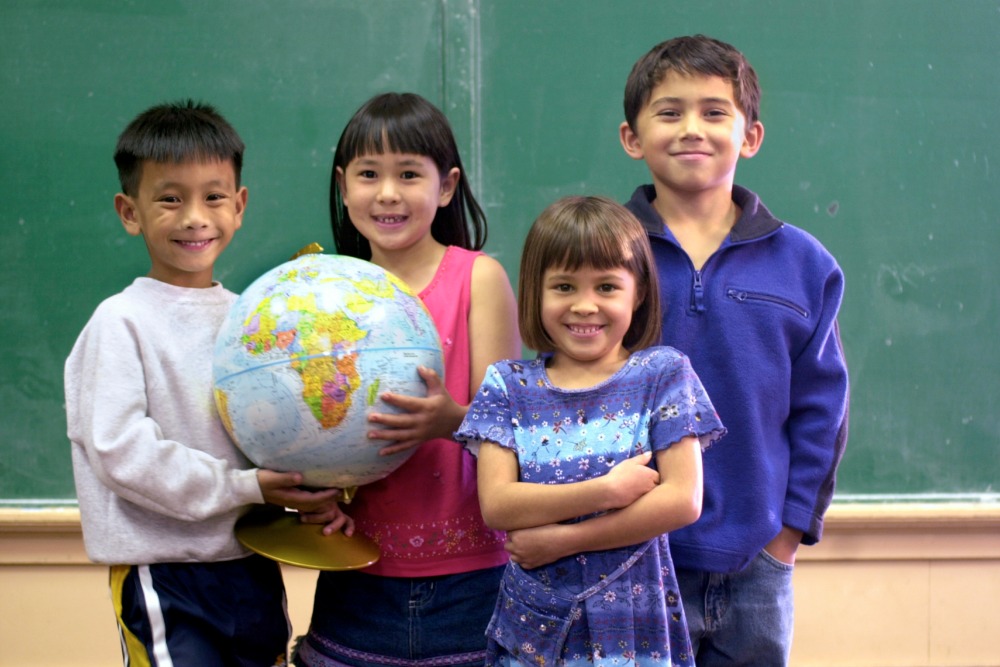 2014 marked several important anniversaries in the history of our country. It was the 60th anniversary of the landmark Brown v Board of Education Supreme Court decision, the 50th anniversary of the passage of the Civil Rights Act of 1964, and the 40th anniversary of another, perhaps lesser known but significant Supreme Court decision – Lau v. Nichols – perhaps the most important ruling to support the rights of language-minority students in our public schools. It was also a year in which our entire nation was reminded of the painful reality of race as we witnessed the tragedies of Ferguson, Staten Island, and Cleveland.

Sixty years after segregation was officially “outlawed” in the United States, our public schools remain – for the most part – highly-segregated. Students from low-income families now form the majority public school population. Achievement gaps between students of color and their white counterparts remain disturbingly wide; racial disparities in school disciplinary referrals, suspensions, and expulsions are commonplace and the trend begins as early as the pre-school years; the playground to prison pipeline continues to be well-traveled. In the face of such “savage inequities,” can we still stand by the belief that public education remains the single-most important engine of social mobility in our country? The grim statistics, the nightly news, the morning op-eds, and my day-to-day experiences in my own city might suggest otherwise, yet I still cling to my belief in ordinary miracles.

I would like to propose a counter-narrative that focuses not on our failure but rather on what we’ve learned and what we might become. I’d like to believe that our sixty-year social experiment has taught us a great deal about what is needed to move our educational system closer to achieving educational equity.  I stress the word “system,” because one of the most important learnings is that change must be enacted at all levels from federal, state, and local policies to individual districts, buildings, and classrooms. And, perhaps the most important level of change is within ourselves – recognizing how our own cultural lenses may become barriers to our effectiveness in serving underserved students.

suggest that one of our most destructive beliefs is “zero-sum,” thinking – the idea that when we work to help our underserved students, their more privileged counterparts will lose out. They proceed to debunk this myth by offering numerous examples of leaders at all levels (state, district, school, and classroom) who have created conditions that have benefited all students and society at large.

As Corwin enters its own 25th anniversary year, we reflect on the contributions that our authors and consultants have made toward the advancement of educational equity. Throughout our company history, we have embraced “courageous publications” such as the multiple titles in our groundbreaking Cultural Proficiency series and the influential work of Glenn Singleton, to more recent equity partners like Gary Howard (We Can’t Lead Where We Won’t Go), Kendra Johnson and Lisa Williams (When Treating All the Kids the Same is the Real Problem), Zaretta Hammond (Culturally Responsive Teaching and the Brain). Similarly, we have sponsored the important work of English Language Learner advocates such as Margarita Calderon, Margo Gottlieb and Gisela Ernst- Slavitt, Andrea Honigsfeld and Maria Dove, Debbie Zacarian, Ivannia Soto, and Diane Staehr-Fenner.

I’m proud to be part of a company that has openly embraced the pursuit of social justice and human rights.  Much important work remains to be accomplished but, at least for the moment, I invite you to celebrate 25 years of advancing the equity discourse.

Feedback in a Digital World

Excerpt from Excellence Through Equity