Professor Sugata Mitra’s current work is on the internet and children’s learning. He retired in 2019 and is currently an emeritus professor of Newcastle University, UK. He is the recipient of many awards and honorary doctorates from India, the United Kingdom, the United States, and many other countries in the world. His interests include children’s education, remote presence, self-organizing systems, cognitive systems, complex dynamical systems, physics, and consciousness.

The Hole-in-the-Wall experiment has left a mark on popular culture. Indian diplomat Vikas Swarup read about Mitra’s experiment and was inspired to write his debut novel that went on to become the Oscar-winning movie of 2009—Slumdog Millionaire. Mitra holds a PhD in physics and is credited with more that 25 inventions in the area of cognitive science and educational technology. He was conferred the prestigious Dewang Mehta Award for Innovation in Information Technology from the Government of India in the year 2003. Amongst many other awards, he received the first ever million-dollar TED Prize in 2013. Mitra’s TED Talk, “Build a School in the Cloud,” has more than 3 million views, and his book about the experience, The School in the Cloud: The Emerging Future of Learning, is publishing with Corwin this September. 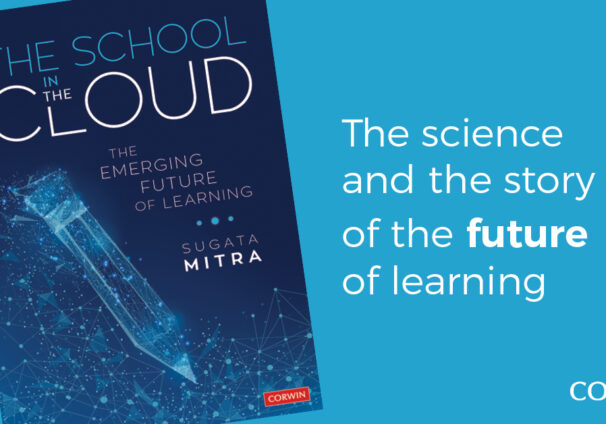