Robert Q, Berry III is currently the Samuel Braley Gray Professor of mathematics education at the University of Virginia, and served as President of the National Council of Teachers of Mathematics (NCTM), 2018–2020. He has taught in public schools and served as a mathematics specialist since 1991. Robert has collaborated with teachers, leaders, parents, and community members across the United States and has been a teacher at nearly all levels. These experiences have afforded him a perspective on the issues facing mathematics teaching and learning across diverse contexts. In sum, he brings experiences and abilities that make me an effective advocate for teachers and students.

Basil Conway IV is currently an Assistant Professor of Mathematics Education in the College of Education and Health Professions at Columbus State University and serves as the mathematics education graduate program director. He serves on numerous doctoral committees as both a chair and methodologist. Basil previously spent 10 years teaching in public middle and high schools before he became a teacher educator. During this time, he also worked as an instructor at a local junior college. Over the past 15 years of service in teaching mathematics and future teachers of mathematics he has served in various local mathematics education leadership positions and organizations including Transforming East Alabama Mathematics (TEAM-Math), Auburn University’s Teacher Leader Academy, East Alabama Council for Teachers of Mathematics, Woodrow Wilson Fellow, National Mathematics and Science Initiative, and A+ College Ready. He believes teachers, parents, other students, cultural norms, and other cultural communicative devices play a critical role in shaping students’ knowledge of society and mathematics.

Brian R. Lawler is currently an Associate Professor for Mathematics Education in the Bagwell College of Education at Kennesaw State University and serves as coordinator for the secondary mathematics teacher certification programs. Previously, Brian taught high school mathematics for 9 years in a variety of settings, including suburban, urban, and urban/rural settings. Throughout his quarter-century career in mathematics education, he has advised school districts and provided professional development to high school math teachers as they aim to transform their programs in order to meet the needs of all learners—in discourse-rich, heterogeneous classrooms.

John W. Staley is currently the Coordinator of Special Projects in Baltimore County Public Schools, where his primary work involves supporting schools in the continuous improvement process. Previously, John worked as a mathematics teacher and district leader for the past 30 years in private and public-school settings in Pennsylvania, Virginia, and Maryland. He has served as an Adjunct Professor at George Mason University, Loyola University, UMBC, and Morgan State University. During his career he has presented at state, national, and international conferences; served on many committees and tasks forces; facilitated workshops and professional development sessions on a variety of topics; received the Presidential Award for Excellence in Teaching Mathematics and Science; and served as President for NCSM (2015–2017), the mathematics education leadership organization. He is currently serving as the chair for the United States National Commission on Mathematics Instruction. John’s current interests include: change high school mathematics, addressing equity issues in schools and especially mathematics education, and leadership in mathematics education.

Their new book, High School Mathematics Lessons to Explore, Understand, and Respond to Social Injustice, is now available at Corwin. 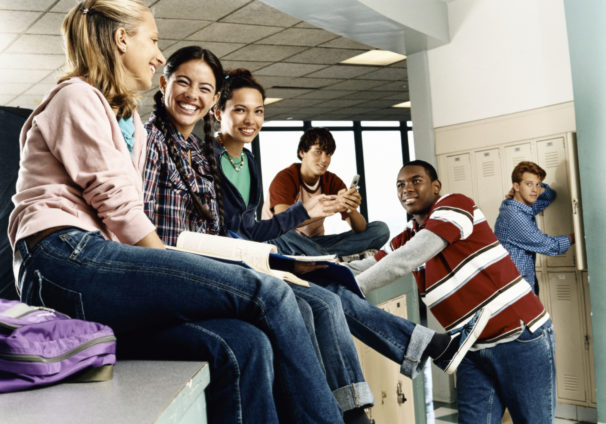 Why and How Might High School Mathematics Teachers Have Students’ Explore, Understand, and Respond to Social Injustice?