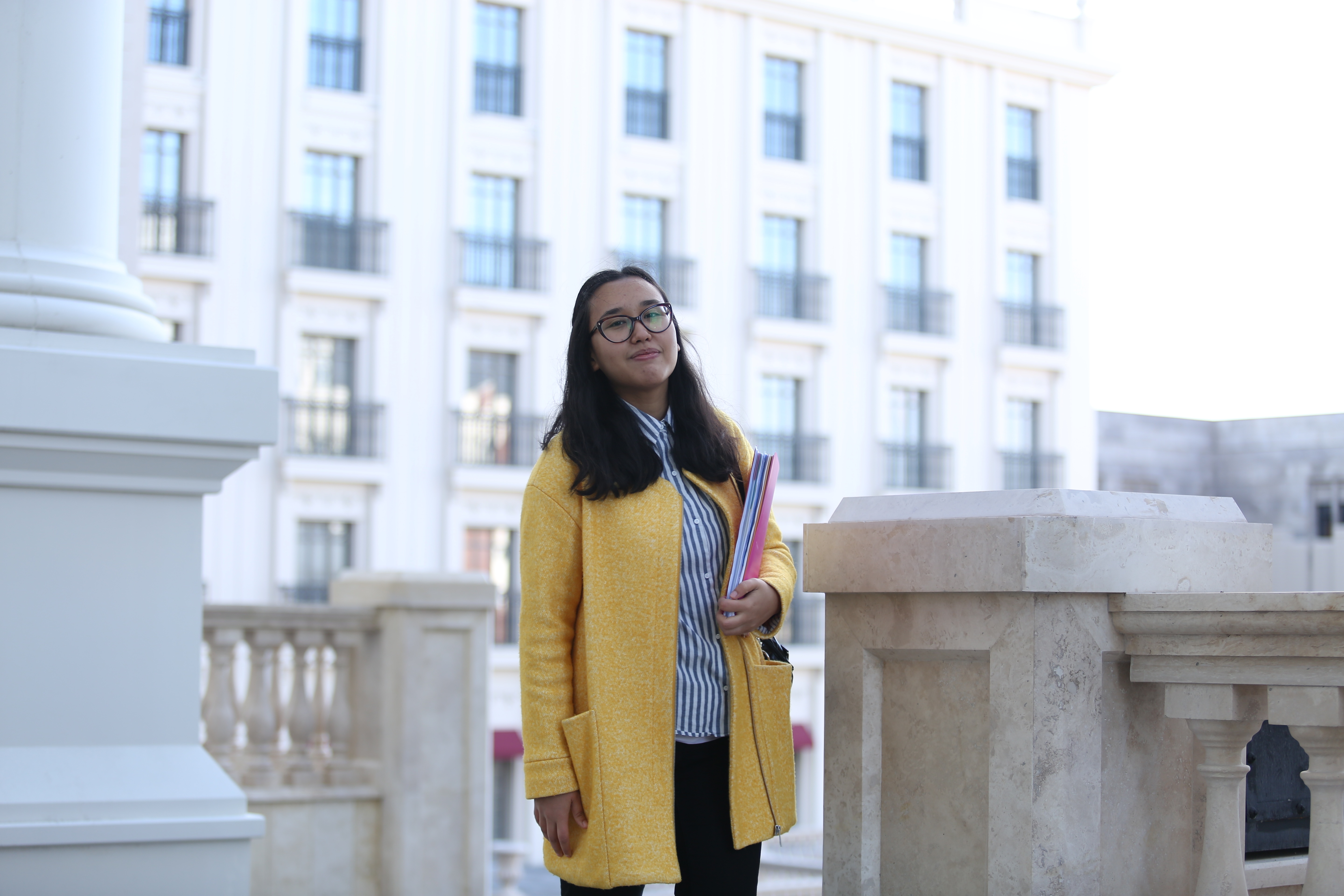 What if I were to tell you that there are three things every child and adolescent needs to be successful and that you can help provide them. Would you?

Self-regulation is the one mental process that overrides obstacles that hinder planning, attention, learning, memory, and emotional coping. The ability to self-regulate is required for students to achieve immediate goals and obtain long-term success. Without the skill to self-regulate, students will succumb to the whim of every thought, distraction, emotion, and desire. The lack of self-regulation is at the root of most of the behavioral and academic issues schools face. The development of self-control enables students to transcend immediate desires in order to delay gratification and replace them with thoughts and actions that promote academic success (Inzlicht, Bartholow, & Hirsh, 2015). There are three keys to developing self-regulation: consistent exposure to predictable environments, positive social interactions, and continued learning.

The reason schools should consider promoting self-regulation is because it has been found to be the greatest predictor of educational success (Blair 2002). Helping students develop self-control during the primary grades changes the trajectory of their entire academic experience. Studies have shown that children who struggled with self-regulation, caused by a variant of the DRD2 dopamine receptors, can actually experience repair to this chemical imbalance when reared in safe predictable environments. Throughout our life span, all individuals require safe predictable environments to maximize the ability of the prefrontal cortex to exercise control over the limbic system (which is prone to emotional responses resulting in high-risk behaviors). Major transitions during the school day produce a dramatic increase in stimuli, challenging each student’s chemical balance. Ritualizing major transitions that occur during the school day is the first line of defense against impulsive behaviors and promoting self-regulation.

To implement an effective transition, teachers must describe to students what it looks like when it is done correctly. The focus is placed on practicing desired behaviors and actions rather than emphasizing what not to do. This sounds easy; however, negative bias makes it hard for an individual to shift focus from what not to do to desired behaviors. The goal of having students consistently practice desired actions is for the behaviors to become habits. An effective transition should incorporate nonverbal reminders to prompt and motivate desired behaviors. The emotional brain will process a gesture during times of arousal and is motivated to comply with the cue even in times of crisis. Also, during times of increased stimuli, the brain is less capable of processing language and can even become agitated by verbal commands. If gestures are associated with the teaching of desired behaviors, teachers can then remind students of any element of the transition using simple gestures.

Adults should also reinforce student behavior regularly with a gesture that represents “good job.” It is important that the adults supervising transitions be on the lookout to reinforce students who are participating in the transition correctly. This success-based approach will motivate the brain to change behavior faster than correction alone. When a student requires reminding and does comply, it is important to quickly reinforce the modified behavior in order to shift immediately back to the success model to motivate repetition of the desired behavior.

The school setting is not only a place for learning English and math, but also the location where students begin to comprehend and master social interaction across race, culture, and socioeconomic divides. Students whose prefrontal cortices lag in development behind their peers consistently struggle in developing social skills. This is primarily due to the fact that the prefrontal cortex helps students assess which behaviors will ingratiate them to their peers and provide them the self-discipline to model those behaviors. School settings that help students lagging in social skills learn and practice specific social behaviors can dramatically improve self-control. It should come as no surprise that neuroscience findings clearly indicate that children require a social setting and positive social interaction with others to activate the brain’s ability to learn (Kuhl, 2011). The theory that social factors are the gateway to learning may explain not only how children typically acquire knowledge, but also why children with autism often exhibit deficits in social cognition and language (Kuhl, Coffey-Corina, Padden, & Dawson 2005).

Neuroscience tells us that the human brain is designed to establish sophisticated opinions concerning people at the point of the first introduction. Also, the amygdala, the emotional brain, is on guard when we encounter people who do not physically resemble us. However, these same studies found that the amygdala is less guarded and better able to overcome physical differences when the people we encounter make us feel safe and we identify things we share in common.

Social skills, especially in diverse school settings, should teach all students how to disarm individuals they meet and calm the amygdala by identifying shared interests. A smile has been determined through functional magnetic resonance imaging (fMRI) to be a universal sign of safety. The brain’s insula associates a smile with approachability. Anthropologists determined that when humans began to live in clans the ritual of a social greeting was born: smile, slow approach, and touch. Today, every culture in the world practices some form of social greeting. However, students who lack self-regulation seem unaware that they are often sending signals that can be interpreted as threatening. Social skills training should begin by teaching students to first smile, engage in a recognized greeting ritual, and guide the conversation to things they share in common with the other person.

Studies of the top performing CEOs found they possessed advanced skills in being able to disarm people of diverse cultures and backgrounds with a smile and a warm greeting. Within minutes, these CEOs were able to guide any conversation to things they had in common with the other person. The ability to connect with others left individuals they had just met feeling as if they had made a new friend. I guess a popular movie had it right all along: “You had me at hello.”

The prefrontal cortex is designed to significantly develop as we mature and learn. The act of learning increases the ability of the prefrontal cortex to control emotional behaviors from childhood through adolescence. The learning process begins with focus, then transitions new information to short-term memory and eventually into long-term memory by making strong connections to existing knowledge. One of the issues hindering the development of the prefrontal cortex is the finding that the ability to focus is actually decreasing among youth due to increased interaction with technology. The brain is unable to learn anything until the mind is focused on the information. It is only after focusing that information can enter into short-term memory and eventually become permanent. The diminishing ability to focus is having a negative impact on learning and on the development of self-control.

Do not interpret the above-mentioned findings as a call to put technology back in the box. The desired outcome is to help teachers and students become aware of both the benefits as well as the unintended consequences related to technology. Schools should consider instituting focus drills performed in the first 60 seconds of class. Studies have reported that focus drills increase on-task behavior and improve academic performance. For example, focus exercises were utilized by Amishi Jha, Associate Professor of Psychology at the University of Miami, with Marines in 2010 to improve cognitive functioning. Jha conducted focus exercises for 12 minutes a day for 8 weeks with marines prior to deployment into high-risk situations. The marines that participated in focus drills were found to not only have improved memory capacity but also have better mood stability and have superior performance under pressure as compared to their peers. Simple focus drills can help students regain the ability to stay on task, as well as improve their brain’s memory, emotional stability, and capacity to cope with stress.

There are three things students need to improve their self-regulation. Self-regulation is not only the greatest predictor of academic success but also of success in life. Neuroscience has determined that every child and adolescent needs the above mentioned three things to be successful. Research has shown that teachers and schools can help provide them. Will you?

Horacio Sanchez is the President and CEO of Resiliency Inc., an agency leader in helping schools improve school climate, instruction, and discipline. He is recognized as one of the nation’s prominent experts on promoting student resiliency and applying brain-science to improve school outcomes. The Maladaptive Council recognizes him as a leading authority on emotional disorders and resiliency. He is a highly sought after speaker and has keynoted many regional and national conferences.

He has been a teacher, administrator, mental health director, and consultant to the Department of Education in North Carolina, Pennsylvania, and other states. His diverse education and background has helped him to merge research, science, and practice. He has authored several articles and books on the topics of resiliency, closing the achievement gap, and applying neuroscience to improve educational practices and outcomes.

Horacio is the author of The Education Revolution.

10 Resources for Deeper Learning in Every Discipline! 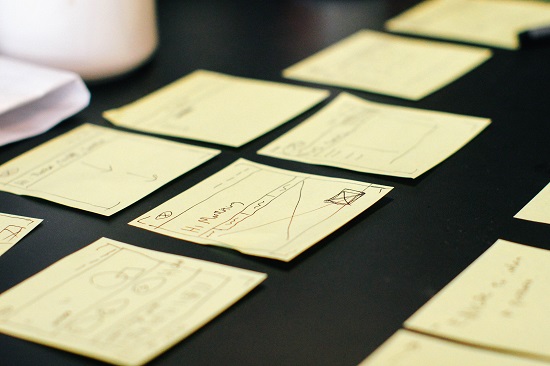