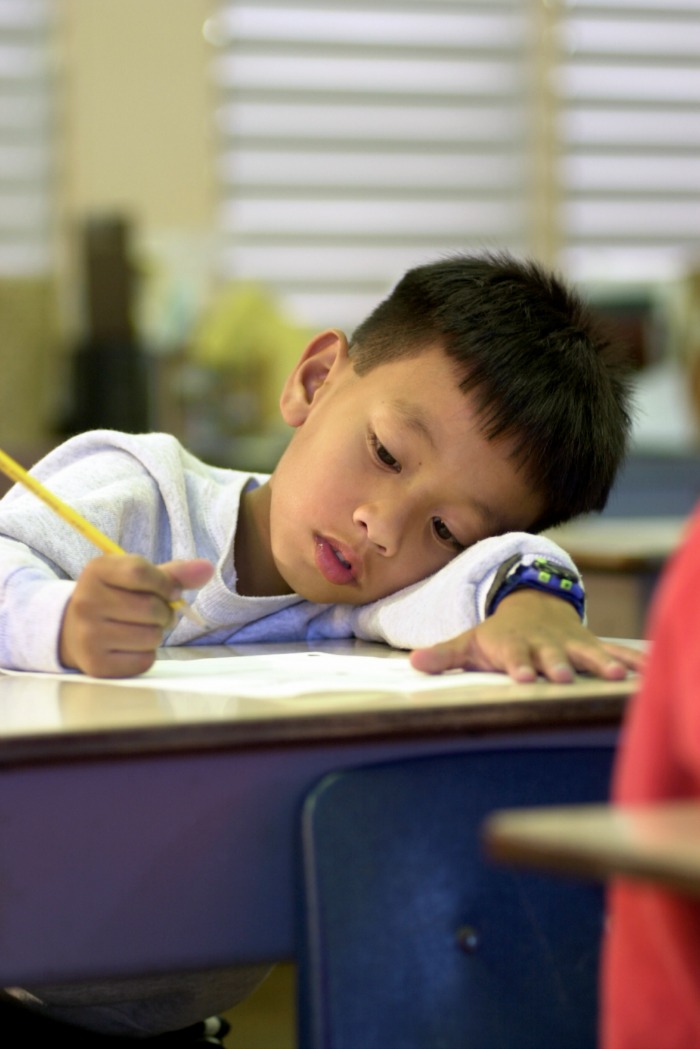 Are your students overly (and at times unnecessarily) perspiring? Are they working hard but aimlessly? Are they trying to cram knowledge into the frontal lobe of their brains hoping to be able to regurgitate it on command forever? In their Student Aspirations Framework™, Dr. Russ Qualia and Dr. Michael Corso define these students as ones who are presently working hard but do so while making little to no connections to their future desires and dreams. Perspiring students are “often diligent but directionless; they are often busy, but see no meaningful future in front of them” (2014, P. 16).

The following are three examples of perspiring students—See if you recognize any of them:

Student 1: Samantha, a junior, is furiously completing her missed work from the day before in English Class. She only missed school because her car would not start from a dead battery. She needs it to get to her job afterschool. Instead of taking the bus to school, she walked to the Autozone™ down the block to get a new battery. She finishes about only about 2/3 of her missed assignment and hands it in incomplete. This isn’t because she is lazy; it is because she calculated how many points she could earn from just completing the easy problems quickly. She doesn’t want to waste any more time on this assignment so she can get as much done as possible on her other three. Her teachers say she works very hard but often only to try to earn (collect, gather, accumulate, hoard) as many points possible to get her “C.” Mrs. Jones, frustrated at this common behavior, said in a PLC meeting about her recently, “she will literally build up a sweat working so hard just to get everything done at the minimum level!” She causes virtually no problems in class, but other teachers worry she isn’t reaching any of her full potential. None of them have attempted to ask her why this is the case. If they did, they might find out her work money is helping support her single mom and two siblings keep food on the table.

Student 2: Mark is “IVY league or bust!” That’s how many teachers describe him—or maybe that’s how they should describe his parents. Mark relentlessly

makes sure he doesn’t make any grade lower than the highest A+++. He has been conditionally accepted to Yale during the fall of his senior year. Rarely do his teachers see him enjoying the ride he is working so hard on. Mark’s dad is a general practitioner MD. He has done well for himself working at a local hospital in the non-emergency ward.  He says that if he only would have gone to Yale, or Brown, or Columbia instead of “state” he would have made it so much farther. That desire has become his for Mark.  Mark has overloaded his schedule with every upper level and advanced class possible—even taking an additional one online which he has to give up most weekends for. He recently decided to not play basketball this winter or try out for the school play (even though at his audition the sponsor said he would be a natural Hamlet!). He knew his Dad would lose it, thinking he would be distracted from his school work and application process. His counselor who has known him since he was a freshman says Mark rarely smiles like he used to.

Student 3: This student doesn’t have a name—I want you to give him (or her) one. As the bell rings, you see him (or her) cramming for your test. He is reading note cards furiously up until he tries to grab the test out of your hand as you pass them out. Once he has it, he furiously attempts to find the exact test questions he just tried to memorize. You both know this knowledge is going to evaporate from his brain as fast as smoke from a chimney in the dead of winter. He is more than happy to just gobble up the points for these questions and lose any long (and even short) term retention of those topics.

Do you have a Samantha, Mark, or Student Three in your school or classroom? Or a better question maybe: Just how many do you have?

In the next post, we’ll discuss how to inspire the perspiring student.

Dave Nagel is an international educational consultant and researcher. His educational career started as a middle school science and high school biology teacher. His administrative experiences involved being a middle school assistant principal, high school associate principal, and director of extended day and credit recovery programs. In his former district, Dave was instrumental in implementing power standards and performance assessments. He was honored numerous times as a “Senior Choice” winner, with graduating seniors selecting him as someone who dramatically affected their life in a positive way.

Dave has been a national and international presenter and consultant to schools for over 10 years. Using his experience and expertise, he has presented and helped schools, from pre-K through Grade 12, implement effective practices leading to gains in student achievement. His main focus when working with schools has revolved around assessment, instruction, leadership, and effective collaboration. He has worked specifically with schools in implementing the following topics: prioritizing standards, common formative assessments, building authentic performance tasks, effective use of scoring guides, data teams, rigorous curriculum design, and effective grading practices.

Dave is the author of Effective Grading Practices for Secondary Teachers.

Observe Together to Deepen Professional Learning